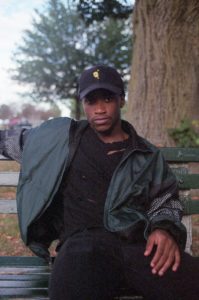 SeeFour is an R&B, Hip Hop artist from Brockton Massachusetts. He is currently one of the few and youngest musical presences to be recognized from his city; as he was only 13 years old when he began pursuing music full time. He has a versatile sound mixing his sound with Jazz, Hip-hop, R&B melodic sound describing him best. Now at age 18, he’s opened up shows for Jay Rock, Reason and Madeintyo. He’s won countless rap competitions, and he even has an album under his belt called “Mature” which is his Freshman Album. and has one collaborative Ep titled “Redline” with Joe Juliano? he is 1x New England and 1x Boston Music Award Nominated. In his city, he is infamously known as “The Prince” and has continuously lived up to the prominence of his title. With more growth and evolving on the way Seefour never fails to amaze with his versatility and maturity to music and life as well. SeeFour Yourself.